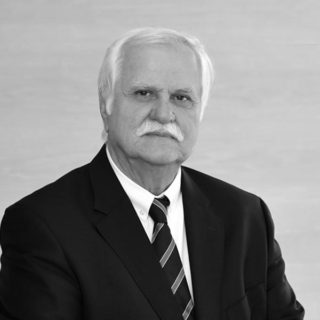 Civil Engineering graduate of the National Technical University of Athens.

From 1977 to 1981 he worked in the private sector as a freelancer in the design and construction of various projects, while from 1981 to 1989 he was part of the General Secretariat of Public Works of the Greek Ministry of Environment, Physical Planning and Public Works, working for Services responsible for the supervision of project construction.

Since 2007 he has been actively involved in the management of major concession projects (MOREAS S.A., OLYMPIA ODOS S.A., ATTIKI ODOS S.A., etc.).

He is Chief Executive Officer of AKTOR CONCESSIONS S.A., ATTIKI ODOS S.A. and MOREAS S.A. while he holds senior posts in other companies too.

Moreover, he is the President of the Association of Technical Companies of the Highest Classes (STEAT); he played an active role in the establishment of Hellenic Construction Industry Council (HCIC) and was a member of the Board of Directors of the Athens Chamber of Commerce and Industry (ACCI).